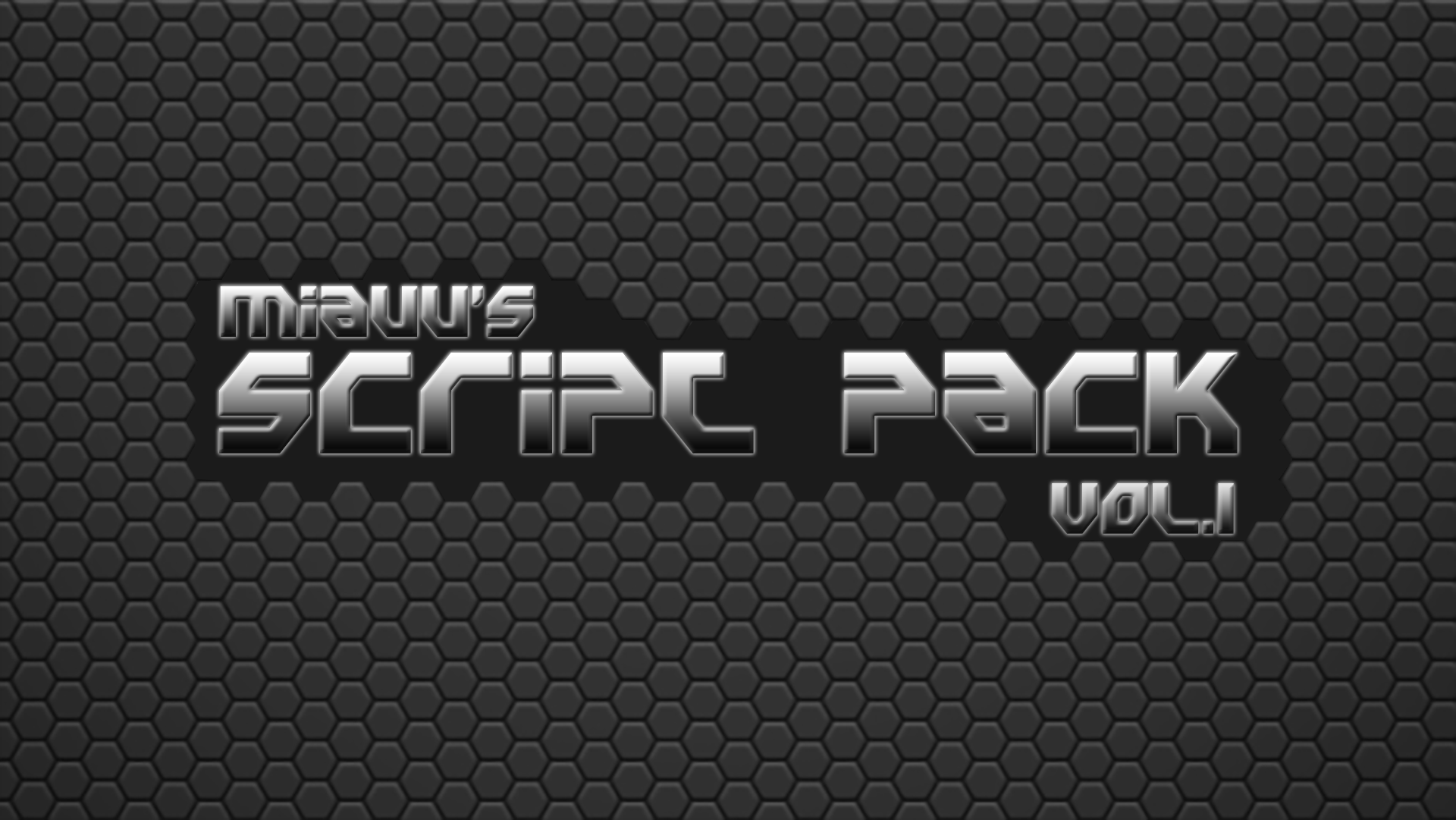 
BY BUYING THIS PRODUCT YOU AGREE WITH THE FOLLOWING LICENSE AGREEMENT

In the next 24-36 hours in your PayPal email you will receive an e-mail with download instructions. Please check your Spam Email folder just in case the License email got delivered there instead of your Inbox. If you haven't received your License information within 24 hours of your purchase, contact me.

Description of all scripts included in miauu's Script Pack vol.1 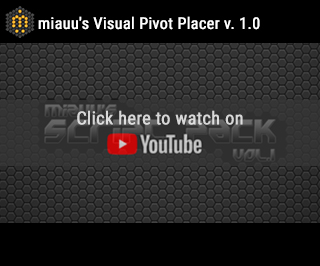 Visual Pivot Placer is updated to version 1.2. Now it have new UI and the ability to align the pivot of selected object like the sub-object selection local pivot. 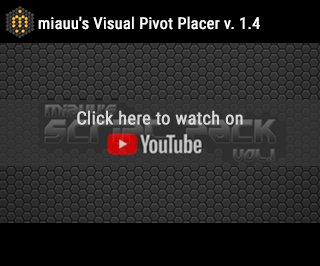 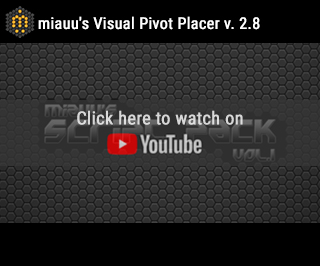 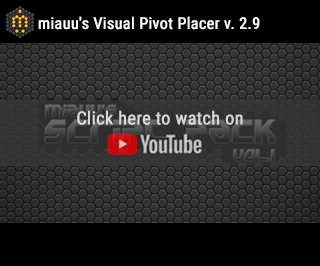 In-Volume Scatter is a tool that allows you to create clones of one objects and place them in the volume of desired geometry object. You can scatter objects in 3D or 2D shapes. Also, you can use In-Volume Scatter to randomize the position, scale and rotation of the selected objects. 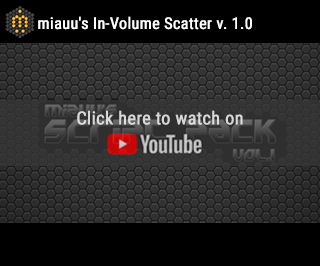 In-Volume Scatter is updated to version 1.1
What is new: 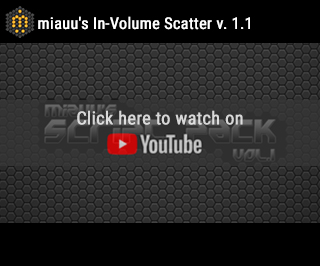 Orbit viewport around picked point offers a new cursor based camera navigation, which allows you to easily orbit around specific areas of focus, because the point of interest is automatically placed on the geometry under the cursor when you begin navigating. To work properly you must be in Orbit Selected or Orbit SubOjbect mode. 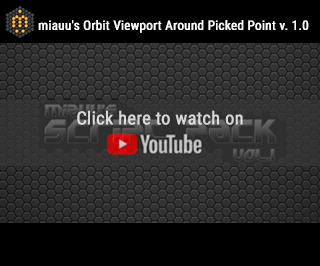 Orbit viewport around picked point is updated to version 1.1 What is new(ideas by Shawn Olson): You can use the "Alt", "Shift" and "Ctrl" keys to make your navigation more comfortable.

You can set "the point of orbit" in object, that is a part of XRef scene. Note that in the scenes with thousands of objects, there will be a delay between the time when you click an object and you can start orbiting. 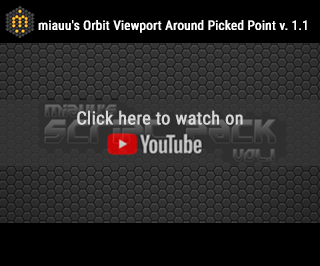 Nested Isolation allows you to have up to 10 levels of nested objects isolations. You can move objects from one level to another, to add new objects to any level.
You can enter in isolation mode even if you are not in top sub-object level.
This work for Editable_poly and Editable_mesh objects. 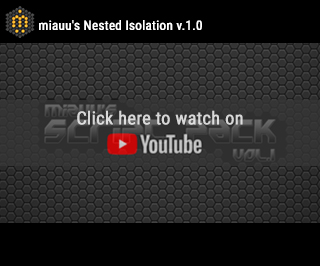 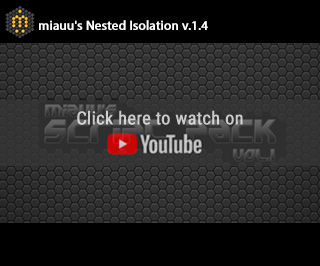 Multi Dirs Save allows you to save current max file in several locations on local or network hard drives. 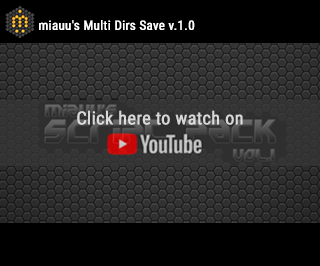 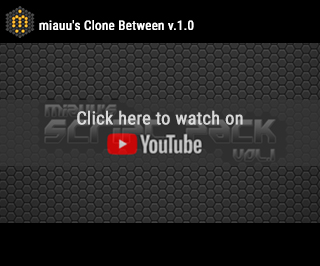 Clone between is updated to version 1.1
What is new: 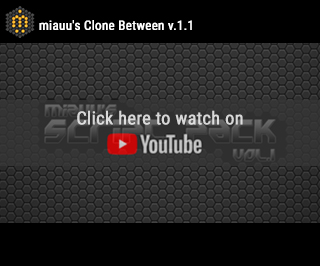 Clone between is updated to version 1.2
What is new: 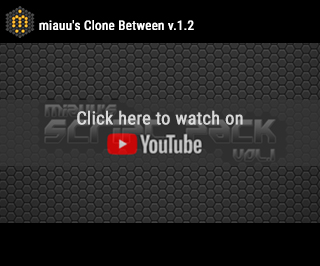 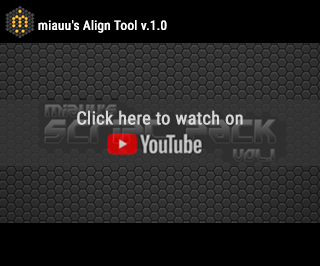 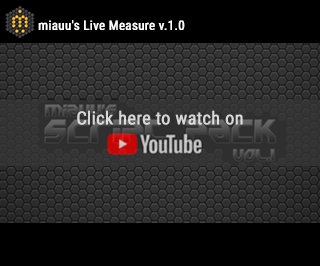 Scale Tool is a tool that allows you to scale the desired object, to desired dimension with few easy steps. This tool is very useful when you import or merge objects, that's not match the scale in your scene.
Supported objects are Editable Poly, Editable Mesh, and objects with Edit Poly modifier on the top of the modifier stack. 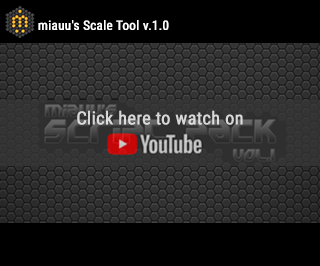 Scale Tool is updated to version 1.1
What is new: 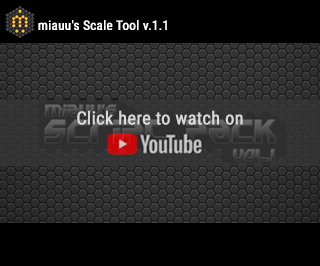 Scale Tool is updated to version 1.2
What is new: 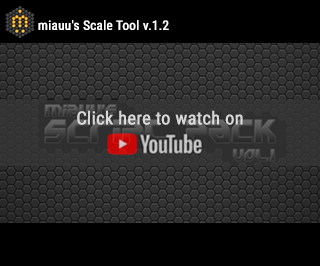 Set Edge Length is tool that allows you to change the length of the selected edges or segments to desired value.

Supported objects are Editable Poly, Editable Mesh, Splines(Line and Editable Spline) and objects with Edit Poly modifier on the top of their modifier stack.

IMPORTANT - for Editable Mesh and Spline objects setting the edge length is undoable. 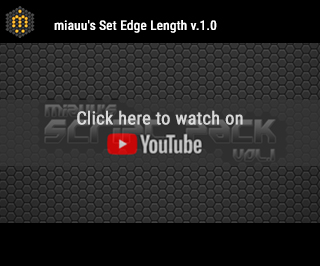 Hidden Polys Manager extends the built-in hide/unhide polygons functionality of 3ds Max. It allows you to hide or unhide certain part of the object

Hidden Polys Manager is updated to version 1.1
What is new: 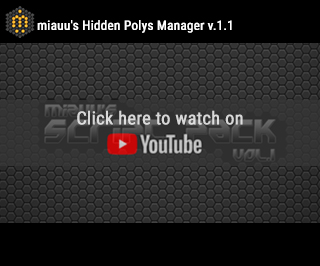 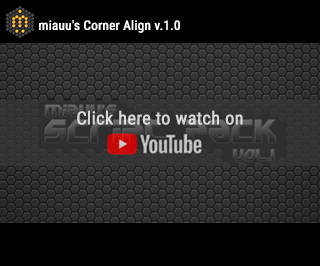 added Undo support when length of spline segments is set

I haven't even gotten a copy yet but made my order... and I have to go on record saying that Kostadin Kicks Ass! After his Working Plane... I am a total fan/customer. I really think he's got a great sense of innovation. I look forward to adding to my Miauu collection.

My Boss at work - Reel Pictures - has used the new Vert Stitcher script to merge the edges of 2 sides of a coin together. Each side of the coin weighed in at around 3,000,000 polys. Vert stitcher moved and merged the entire border verts PERFECTLY and completed the operation in less than 10 seconds.

Brilliant, Just Brilliant! This set of tools are absolutely fantastic. I am using them in Max 2013. Not sure why Max does not have these built in anyway. I was having trouble aligning all kinds of irregular objects and let me tell you, just the align tool will save many hours of work. How silly that the built in measure tool in max just measures the bounding box. I can actually get measurements on totally irregular objects and surfaces now. The isolate tool is totally sweet. PLEASE NOTE: The author built a lot into these, and you HAVE TO, HAVE TO, HAVE TO watch the videos. If you don't you will miss out on lots of tricks and as in my case (before I watched) believe that some scripts (like visual pivot place) don't work. No they work very well but if you don't know where to use right and left mouse buttons and such you will run into trouble. He is right. These are and should be commercial scripts and although I was hesitant at first, the money is well spent. One of the best script packs I have downloaded.