BY BUYING THIS PRODUCT YOU AGREE WITH THE FOLLOWING LICENSE AGREEMENT

In the next 24-36 hours in your PayPal email you will receive an e-mail with download instructions. Please check your Spam Email folder just in case the License email got delivered there instead of your Inbox. If you haven't received your License information within 24 hours of your purchase, contact me.

There is a lot of options that the replacing object can inherit from the objects it have replaced:

When replacing groups you can choose to treat the group as single object or to replace all objects in the group or arbitrary members of an open group and to keep the hierarchy(the new objects will be in the same groups and nested groups as the replaced objects).

When the object that will be cloned have children you can choose to clone them or not. The hierarchy will be preserved.

If the objects that you are replacing has instances in the scene, you can choose to replace or not all of the instances with the new object. 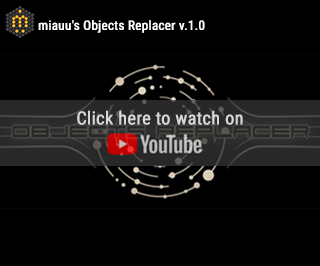 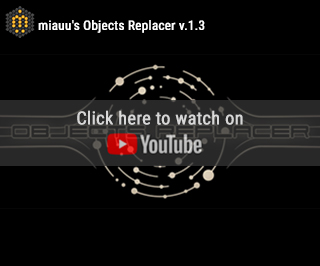 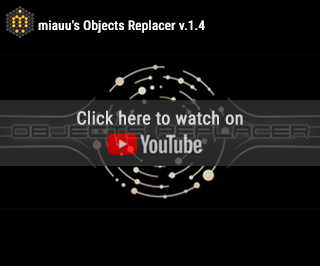 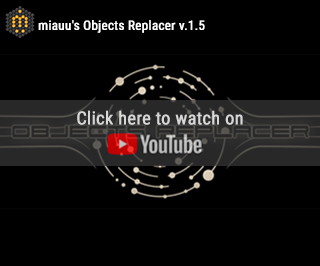 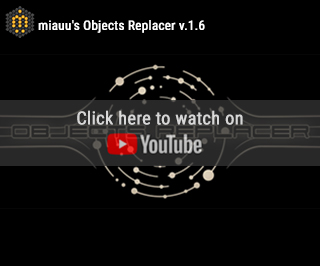 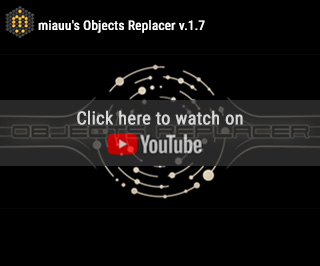 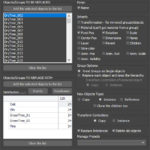 v. 1.7
+ NEW: "Keep Name" which allows you to transfer(keep) the name of the original object to the newly created objects. This means that when the "Keep Name" is toggled ON all new objects will have the same name as the object from which they originate.

v. 1.6
+ NEW: When replacing objects that are members of an open group and the Transform controllers between the copies of this group are instanced, you can choose how the new objects will inherit the transform controllers from the objects they replace.
+ NEW: Added support for 3ds Max 2020.

v. 1.5
+ NEW: Added an option to use multiple objects as replacements of the objects you desire.

v. 1.4
+ NEW: Added [Transfom Controllers: Copy or Instance]. Allows you choose to copy or instance the transform controllers of the original object’s child objects. This option is available only when the selection you are cloning includes two or more hierarchically linked objects.

v. 1.3
+ CHANGED: how the replace each group object works with Open groups. Now when the obejcts that ara members of open groups are selected the script will replace only the selected object and will keep the hierarchy.
- REMOVED: the [Disable undo] option to prevent error when it is used with conjuction with [Delete old objects]

Definitely worth the 6 euros. We spent about 75-100 euros developing a much simpler version in-house.